1st of February 2019 – Registration for the championship is open. Race dates are out. The countdown has begun…

Still grinning after a fantastic weekend at Cadwell Park. Qualifying was wet and, due to a liberal coating of oil round the entire length of the circuit, incredibly slippy. The 43 entrants were split into two sessions and we were first up. I clearly played it far too safe and found myself 10th quickest of the 20 drivers in my session. The 2nd locost qualifying session was a bit drier and on average 9 seconds a lap faster than our groups times. Luckily the organisers appreciated this and amalgamated the times.

I therefore found myself 7th / 28 on the grid for the heat. The fastest 13 drivers had gone straight through to the final, the rest of us were racing for the remaining 15 places. I knew a win would only put me 14th on the grid for the final so I had to give it all I’d got.

I made a decent start and began climbing my way up the pack. As is usual in locost we were racing in a swarming mass where places change constantly. Having worked my way up to 3rd I got a great run out of the 3rd corner and along the back straight and managed to out break everyone into Park and take the lead!

This was my first time ever leading a locost race and the sight of all that open tarmac was fantastic. The view in my rear view mirror, 28 squabbling locosts, was a bit more scary so I tried not to look! I knew that it was only lap 3 and my chances of staying in front for 20 minutes were pretty slim. My only option was to push hard and try and break away…yeah right. All that happened was one very fast lap followed by a lap where my tires complained like crazy before I nearly lost it under the trees and everyone caught me up. On the start finish straight I was shuffled back to 4th. 😦

Back on a charge it took me the next 6 laps to work my way back up to second where I rather conveniently happened to be as we crossed the line for the penultimate time. Thinking I had accidentally timed this to perfection I made my move and overtook round the outside of the first corner. I was leading once again and it was the last lap all I had to do was keep it tidy and bring home the win. Sadly, or maybe not, locost racing doesn’t really work like that! All that really happened was I got slip streamed into Park corner and Lee retook the lead and the win. oh well. That’s not to say I was disappointed. Would I have liked the win – of course but I was pretty pleased with second and 15th on the grid for the final gave me a fighting chance of a nice points haul. 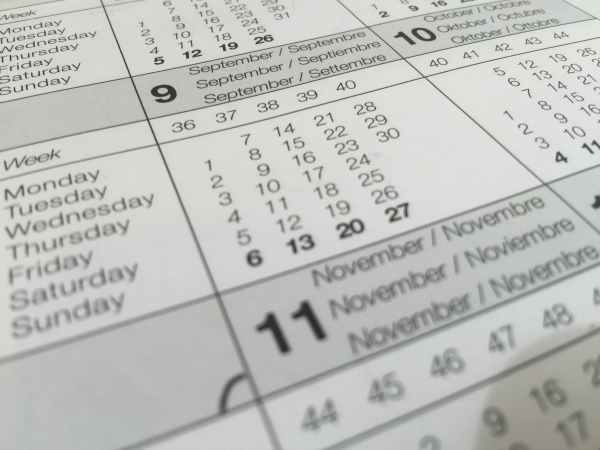 Rebuild going well: now have new front end, radiator, nose cone, scuttle and bonnet. Now all I need to do is put it back together 🙂 I’ll be back for Snetterton

28 -02-08 Apologies for the long delay in updating the site. Lots of updates coming soon….heres some of the stories coming up soon:

Cars nearly ready – with a few new improvements, I’ve won and award for racing and have a new sponsor to announce! 🙂

Only three days before we head off racing again and I can’t wait. This time its off down to Dover! It will only take four or five hours this year thanks to the lorry’s new Christmas present (see my 08 race reports if you don’t know what I’m on about) Last year it took six hours each way!

With two twenty minute races on the Saturday and two 30 minute races on Sunday afternoon the marathon sessions this year should be in the car not the truck! Having started my racing career (if you can call it that) in endurance karts I love the longer races…and at Lydden there is do danger of big gaps opening up, its short enough I should always find other cars to play with even if they are lapping me or I’m lapping them (wishful thinking 🙂 maybe…)

Gary and I have made a few mods to the car including a newly designed throttle pedal. At Snetterton keeping the pedal to the metal resulted in a very sore leg and a bruised foot. (It was a long reach and I was pressing far too hard in a bid to make the car go faster). This time I should be able to get my foot down much easier!

5.3.07 – After an amazing first season I’m back for another one. The Car’s been tested at Mallory and the count down timer is showing it isn’t long till Sunday! I can’t wait..

19.3.07 – The car’s fixed! 🙂 It looks like the problem was a loose magic eye in the dizzy. Hopefully we’ll be back up to full speed for Donington

23.3.07 – Ok so it’s not Friday yet! But when it is I’ll be building beds in the lorry, ready to sleep in Friday night. Fixing the rear lights on my car and trying to persuade the number plate it wants to sit vertically!

25-3-07 – Got my highest ever finish and first elevated points in a fantastic race at Donington – Why not read the race report now! Just click on “2007 Season”

26-3-07 – Still on cloud nine after Donington my week got even better on Monday when I got a call from Femtrack (the women only track day company) they’d just collected a brand new Honda Civic Type R and wondered if I’d like to help them shake it down at Cadwell. There were offering a brand new car, a fantastic race track and tuition from Graeme Glew who used to run the race school there! 🙂

28-03-07 – A late start caused by thick fog at Cadwell meant we took to the track at 13:45. Graeme demonstrated what the car could do first then it was my turn to get behind the wheel. Slowly building up speed I was very impressed with how well the car handled. Graeme’s instruction was really good and he quickly identified the three corners where I was loosing speed. A few more sessions and I was really starting to get the hang of it. I was even attacking Hall Bends properly – my bogey corner of last season. Unfortunately the day was cut short by an accident but I had an hour and a half in the car and came away with lots of things to work on. There are so many points which are going to help that I’ve now covered a circuit diagram with notes. I don’t want to forget any of it before we race at Cadwell in June! – Ok so this isn’t really quick news but it was great fun and I wanted to tell you all about it!

29-05-07 – Things have been manic, since last post I’ve raced 3 times, tested twice, crashed it once and driven about 5 thousand miles! Got a new nose cone rad and race suit and finally found a heater for the lorry although it was in Wales…read the race reports to find out more!

Mallory Park in Leicester was the venue for my first ever race meeting. Here’s how it went…

Locosts were the first group out on track for Qualifying and as we all got queued up there was a long delay whilst we waited for the doctor to return to the circuit. (I think someone had collapsed somewhere and he’d gone to look after them). This meant a long delay and whilst we waited the snow started coming down thick and fast. By the time we got on track it was with wings covered in snow and icy visors!

During the wait I panicked that maybe I didn’t have enough petrol for a 25 min session and went back to the paddock where I filled the car up to the gunnels! In the mean time they decided to shorten the sessions to 7 minutes to recover time! (oops)

So it was in very slippery conditions with an overweight Locost that I took to the track for my first ever qualifying session. I was right at the back of the group and whilst it was a great position for keeping out of trouble it meant I had waved yellows for 4 of my 5 laps as people spun ahead of me. I never got a clear lap.

My grid positions for the two heats whilst not at the very back of the grid weren’t much to write home about.  However I’d kept it on the black stuff and not disgraced myself so I was happy. I also had the two heats to look forward to. The races were far more exciting. Sitting on the grid for the first time and seeing the 5 second board my heart was in my mouth but I made a reasonable start and managed to work my way up the grid in the laps that followed. When the race finished I was on a high, I’d had some fantastic battles all of which were very clean and I was raring to go again.

With a drying circuit my best lap of the race was 9 seconds faster than my qualifying time! What I wasn’t sure about was whether I’d done enough to earn a spot in the final. Trying to work it out whilst I waited for the results it looked as though I was going to be first reserve, however when they were announced I discovered I’d done it and had the last spot on the grid!

The final was great fun. I made a terrible start loosing 2nd gear altogether but as I was starting 28th and last it didn’t loose me any positions! I had a fantastic race and had made it up to 22nd by the checkered flag!

In the second heat of the day I had a much better start and made up 5 or 6 places off the line before having a tremendous battle with Mark Gogle for 18th position. Several times we went through the ‘esses’ side by side and although he emerged from the final lap ahead of me I had a big grin especially when I discovered I’d again made the final.

Starting 28th again in the final I found myself battling a five car group. The battles were fantastic and being quicker round Gerrards than anywhere else I even managed to overtake round the inside of the long right hander. I finally finished 24th.

To say I was pleased would be an understatement, in my first ever outing I had four races, including 2 finals and the car went back on the trailer in perfect condition. Now I’m counting the days to the next race at Brands Hatch!